Get a glimpse of ancient Polynesia through authentic traditional dances and music.

See and learn how they lived their lives in the past when dancing was not just a form of entertainment but to tell a story. Join Wailele Luau in an unforgettable evening filled with world-class performances, delicious cuisines, overflowing refreshing island cocktails, fun, and laughter!

Held at The Westin Maui Resort and Spa’s Aloha Pavilion, the setting is so perfect that you are surrounded by lush tropical greenery while listening to the relaxing sounds of waterfalls gazing at the beautiful color of the Maui sunset and breathtaking ocean views.

Just like any other luaus, some friendly staff will welcome you with a warm lei shell greeting – one of Hawaiians’ ways to show hospitality. Did you know that there are unspoken rules for wearing a lei? First of all, you should never refuse a lei greeting because it is an act of appreciation. The proper way to wear it is to drape over your shoulders and allow it to hang down both in front and in the back. It is also rude to remove the lei in front of the person who gave it to you but if you must, do it discreetly.

You will also receive a complimentary Mai Tai as soon as you arrive. Other beverages are freely served throughout the evening, including Blue Hawaiian, the famous Westin Sunset, sodas, and fruit juices. When the sun starts to dip down the horizon, the event begins. Have you heard about the “Story of Pele and Maui?” You will listen to it here in the luau by a well-versed local. According to the Hawaiian legend, Maui and Pele created Hawaii. Nowadays, local stories say that the goddess of fire, Pele, still lives in Hawaii as the goddess of volcanoes with the smell of sulfur as proof. When it’s time for dinner, you will feast on an eat-all-you-can buffet, including Lomi Lomi salmon, Kula island greens, salad, island Poi, Huli Huli, chicken, desserts, and many more!

After this, traditional music fills the air as the performers in their authentic, vibrant costumes take over the stage and entertain you with different Polynesian nations’ dances. Sit back and relax and watch as they gracefully shake their hips like the early Tahitians did. Dancing has been a part of the Tahitians’ culture. In the early times, they used it to challenge an enemy, entice a lover, or even pray. Learning the dance was not easy, so ancient Tahitians started learning it from their toddler years and grew up as a part of their daily lives.

In addition to Hawaii’s dances, you would also watch how the early Fijians and natives of New Zealand told stories through dancing. Meke dance is the traditional dance of the island of Fiji – a combination of dance and storytelling through songs. As a finale, brace yourself for an extreme Samoan fire-knife dance! Also called Siva Afi in Samoan, it involves a Samoan weapon called nifo oti or war knife. The performers will twirl the weapon while performing acrobatic tricks and then set the stage on fire, which will truly have you on the edge of your seat.

PREMIUM SEATING: Seating is the front section of the seating area. Tables are assigned based on when you make your reservation.

STANDARD SEATING: Seating is behind the premium section and to the sides. Tables are assigned on a first-come-first-served basis on the day of the luau.

*Note: Menu is subject to change without notice. All items are made in a kitchen where nuts are present. If there is a food allergy/meal request, please notate it next to your party name and if it is for a child or adult.

After entering the Westin Maui Resort and Spa through the main entrance, turn left in the main lobby. Continue down the Art Walk past the gift shops and Business Center, then make a right at the end of the corridor. Guests will be checked in at the entrance of the Aloha Pavilion.

For those with strict dietary allergies or needs, please call as soon as possible to be able to accommodate them. 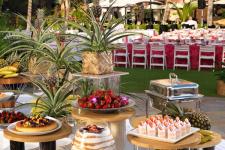 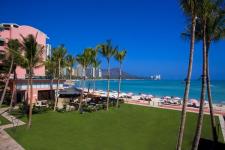 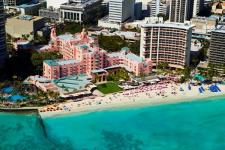